START HERE ABOUT WORK WITH ME BLOG CONTACT Login

Why I Could Sleep Almost Anywhere but in My Own Bed 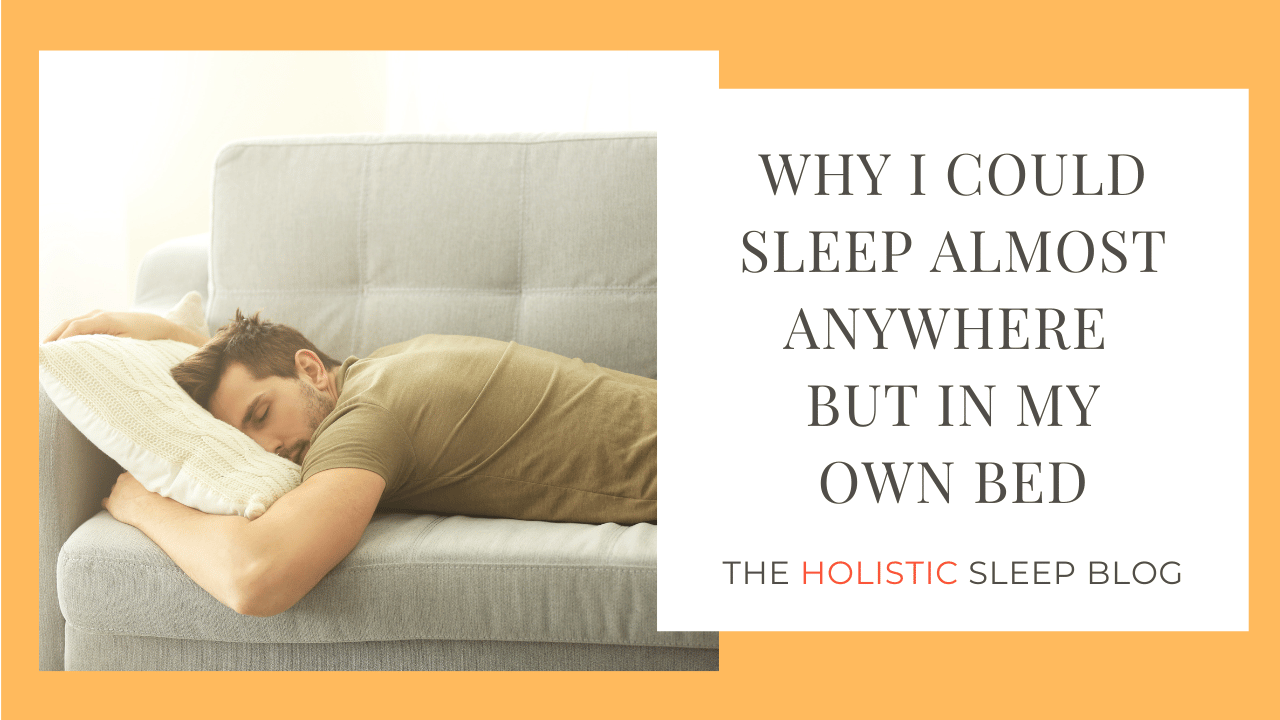 My insomnia experience was full of strange occurrences but most unique among them was my ability to sleep almost anywhere except where I was supposed to.

Backseat of my car? Sure.

My own bed at night? Not gonna happen.

It wasn't that I couldn’t sleep at all, because clearly, I could. Some of those airport naps were out of this world. I just couldn’t seem to sleep at a time or in a place that actually worked in my life.

Many of the specialists I saw over the years commented on my strange sleeping patterns by saying "You just need more discipline." or "You need to stick to a schedule."

They said I had developed a "negative association" with the bed.

This made sense to some degree. But it didn’t quite explain the absence of trouble I had sleeping in my bed during the DAY. I could sleep fine in a bed as long as I wasn’t supposed to be sleeping in bed.

So, was it really the bed?

Plus, I was nothing if not disciplined, so that didn’t add up either. The whole thing kept me spinning in a state of total confusion trying to figure myself out.

In this blog, I explain WHY this crazy phenomenon happens and what you can do about it.

If you're wondering how it's possible to feel so incredibly sleepy while watching TV on the couch, but then WIDE AWAKE the minute you hit the pillow, I will tell you.

It’s the same reason I could sleep like a baby on an airport floor, yet struggle endlessly in a 5-star hotel.

The sudden disappearance of sleepiness  is caused by something called conditioned arousal. Conditioned arousal is hyperarousal that has been learned over time. Other examples of this include: getting hungry as soon as you enter your favorite restaurant, or craving a beer whenever you eat pizza.

The brain has identified being awake at night as a threat so it's going into a heightened state of alertness to let you know about it. Which paradoxically wakes us up whenever we desire to sleep.

This response is uncontrollable and automatic. So, it's important that you don't blame yourself for it— your brain thinks it's protecting you.

Let’s take a closer look at why this is a normal part of our brain's survival system...

A Safety Mechanism in the Brain

Just imagine for a moment that you don't have insomnia. You go to bed, it's pouring outside, and suddenly you remember that you left ALL your car windows open! Your brain is designed to wake you up and alert you to the threat of your car being ruined.

The same thing happens when you have insomnia... You hit the pillow and then BAM, your brain starts sending alarm balls to alert you of the threat of not sleeping.

This is spurred by conscious (or unconscious) thoughts like:

"Am I going to be able to function tomorrow?"

"Am I going to stay awake all night?"

It can seem like sleepiness disappears for no reason, but that's not really the case. It's simply masked by the hyperarousal brought on by the threat of not being able to sleep.

Hyperarousal overrides our natural sleep drive and keeps us awake.

Frustration naturally ensues and over time, the alarm bells can become a conditioned response beyond our control. Like a built-in fire alarm that triggers automatically whenever we're supposed to sleep.

This is the battle of insomnia.

It was the absence of pressure that allowed me to sleep so well on an airport floor during the day (versus a cozy Westin hotel at night). My mind was fine with not sleeping because it wasn’t a “designated” sleeping time anyway!

If I wasn't supposed to be sleeping, that's actually when I could sleep because in my mind, the threat of not sleeping wasn't really there.

The paradoxical nature of sleep is that the more okay we are with not sleeping, the better we will sleep.

For me, trying to sleep during designated sleeping times didn't "work" because it created a ton of performance anxiety. Sleep would go from something that naturally happens to something that HAD to happen — like a performance.

The pressure I felt to sleep kept me from being able to sleep.

I had no clue why any of this was happening and just assumed I had some sort of freakishly rare sleep disorder.

In the absence of accurate information, my only option was to start sliding down the rabbit hole of chasing sleep whenever I could get it.

This brought insomnia to a whole new level in my life...

Since I had no idea what was going on with my brain (and the sleep professionals seemed baffled), I started focusing on trying to sleep where I could.

As a flight attendant, I had access to random airport floors all over the country. So sleeping during oddball times in oddball places became pretty much the norm.

For way too long.

My line of thinking was: "Well, since my brain can't seem to sleep at night like other people, I’ll just sleep during the day when I can."

This led to many years of working red-eye flights. (I was up anyway so why not get paid for it?) I basically became a vampire... flying by night and sleeping by day.

I had a rockstar schedule except I wasn't a rockstar — I was a normal person who wanted a normal life. As my sleep schedule became increasingly more bizarre, my world got smaller and smaller.

By accommodating my (unrealized) fear of not sleeping, I was unintentionally making insomnia more and more powerful in my life.

Now you might be thinking... okay, Beth, that makes sense. But what we can do about it?

Taking Away the Mystery

Just having an awareness of what's happening will automatically dial down some of the fear associated with the Disappearing Act. When I realized what was happening, things made so much more sense. Knowing that your brain isn't broken makes it less likely that you'll spin into a state of panic because you understand the process.

Hyperarousal comes from a place of safety which just means you have a working brain!

I assumed that I was wide awake because I didn't do the right sleep hygiene measure, supplement combo, or bedtime routine. The knowledge that my brain was just running an automated fear program would have helped me so much!

Once you have an accurate understanding of what's going on, you can respond from a place of knowledge versus fear. When there's less mystery, there's less worry. Slowly, over time, this organically teaches the brain to let go of the alarm bells.

You are safe to sleep 🧡

DISCLAIMER: I am not a medical doctor and this is not medical advice or treatment. My goal is to empower you with information. Please make all health decisions yourself, consulting sources you trust, including a caring health care professional.

Tired of doing everything imaginable and getting nowhere with your sleep?

Get my FREE EMAIL COURSE and learn:

- Why there's no mystery to insomnia

- The most important thing to know about sleep

-How to create a "sleeper's identity"

- The ONE (and only) thing you need to sleep

-Why most sleep programs miss the mark

- The biggest myths about sleep

- How to end insomnia for good

I take the guesswork out of insomnia so you don't have to figure it out anymore.

Enter your name and best email to start right NOW. 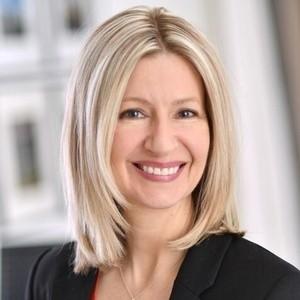 I take a mind-body approach to helping people become better sleepers. Much of what I share is relevant to other aspects of life beyond good shut-eye! So, have a look around and stay tuned for future blogs about sleep, stress, and all things neuroplasticity. 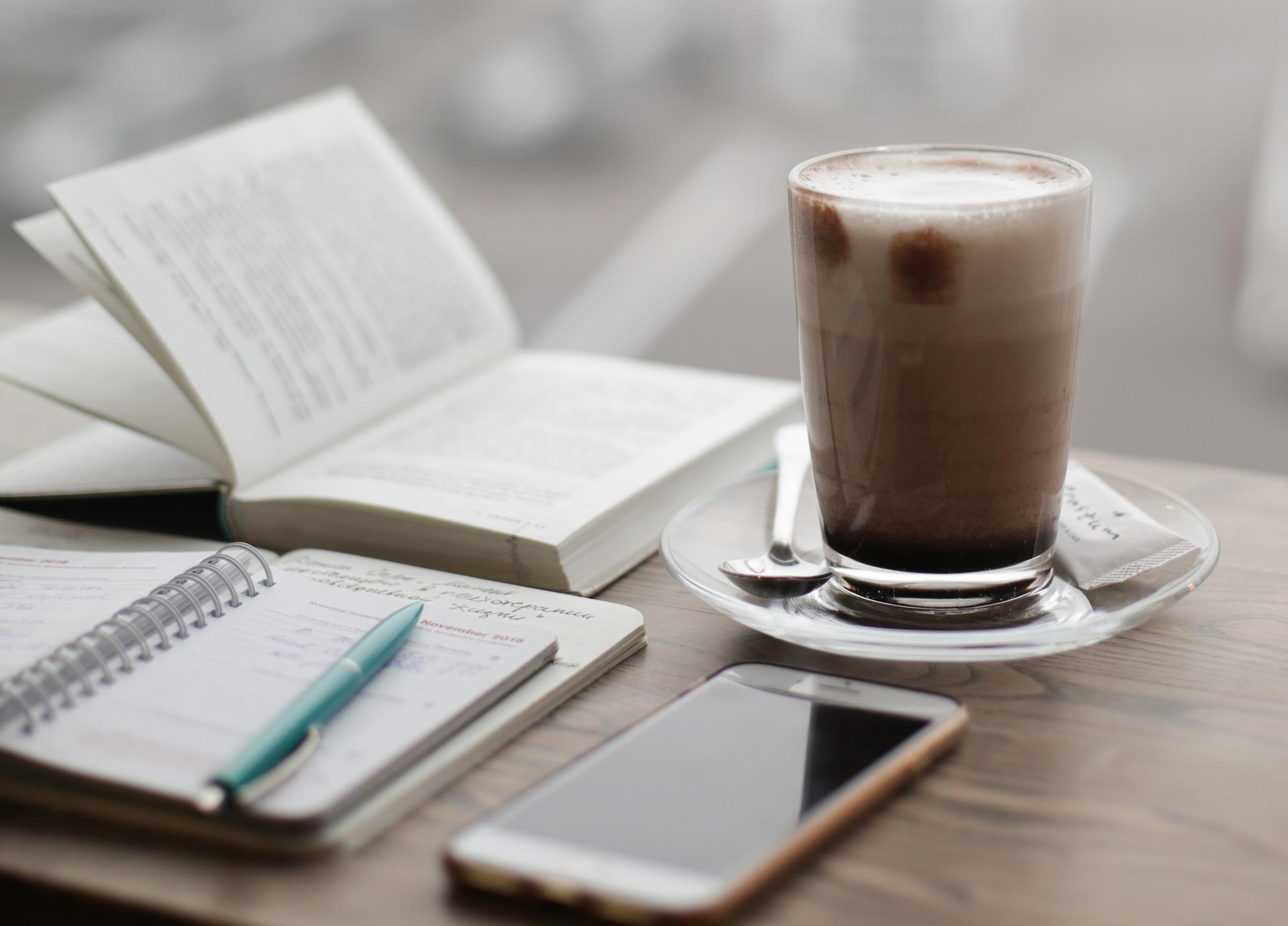 I value your time and your inbox! That's why I'll only send info that provides real value for your sleep and in your life.